Problems in the concrete batching plant

Under the influence of factors such as construction cost and surrounding environmental constraints, concrete mixing plant equipment has various degrees of problems in daily use, which have a negative impact on the surrounding environment and construction quality of the project. Managers should attach great importance to this issue, strengthen safety management, and improve the standardization level of equipment operation.

The main building of  mixer mainly includes working parts such as inclined belt motor, admixture scale, crushing scale, sand and gravel buffer hopper, mixer and so on. In the daily maintenance and fault diagnosis of the mixer main body, attention should be paid to the inspection of the liner and its wear and tear. If damage is found, it should be replaced immediately to prevent the concrete from wearing the bottom plate due to damage to the liner. Check the centralized lubrication system of the mixer to ensure that the saturation and state of the lubricating oil meet the operating requirements. It should be noted that the gear oil of the reducer of the mixer host should be replaced in time in accordance with relevant regulations, and different types of gear oils used in winter and summer should be strictly distinguished. The water scales, powder scales, admixture scales, inclined belt motors and other parts in the main building of the mixer are generally collectively called quadruple scales. In terms of structure, attention should be paid to maintaining sufficient relatively independent activity space between the scales. Pay attention to keep the sensor dry and clean, and check whether the terminal is connected reliably and firmly, so as not to affect the accuracy of the scale.

In the maintenance of the oblique belt motor, the gear oil of the reducer needs to be replaced regularly. Like the main engine reduction gear oil, it is also necessary to strictly distinguish the suitable gear oil models in winter and summer. According to the daily operation and working principle of the concrete mixing plant, the mixing host can be used as the core part of the entire equipment, which directly affects the overall operating efficiency and operating quality of the mechanical equipment. The tanks commonly used in mixers are very important work equipment and may wear out during daily operation. In addition, components such as the liner, the mixing shaft arm, and the mixer blade may also wear out, so the concrete mixing plant needs to be inspected and replaced in time. At the same time, pay attention to adjusting the gap between the main barrel wall of the mixer and the blades to ensure the actual operating requirements of the load. After each concrete mixing operation is completed, it is necessary to clean the entire tank inside and outside, and check whether the concrete remains on the mixer shaft, blades, tank wall, etc. at the same time.

Specifically, the raw materials of concrete constitute a large proportion of sand and stone, which are prone to produce a large amount of dust during mixing. The problem of dust pollution around the concrete mixing station is serious, which not only affects the ecological environment, but also increases the probability of construction workers suffering from lung diseases and other related diseases. . In addition, the sewage generated during the internal cleaning of the concrete mixer is likely to have an adverse effect on the water environment of the project area, and the water pollution problem is serious. 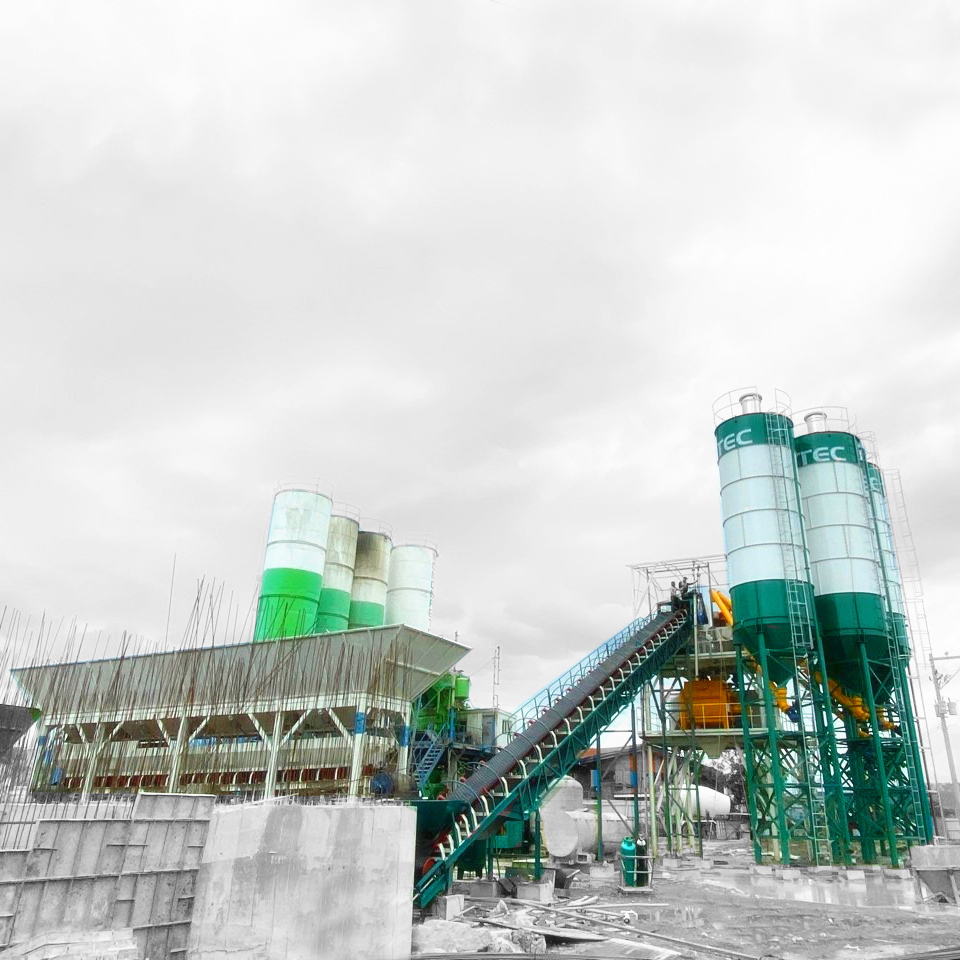