The material weighing system is a key component that affects the quality of concrete and the cost of concrete production. It is mainly divided into three parts: aggregate weighing, powder weighing and liquid weighing. Under normal circumstances, the cement mixing plant below 20 cubic meters per hour adopts the stacking weighing method, that is, aggregate, sand, and stone use a scale, cement and fly ash use a scale, and water and liquid admixtures are weighed separately. , and then put the liquid admixture into the water weighing bucket for pre-mixing. However, in the cement mixing plant with more than 50 cubic meters per hour, the method of weighing each material independently is mostly used, and all weighing is controlled by electronic scales and microcomputers. The weighing accuracy of aggregate is less than 2%, and the weighing accuracy of cement, powder, water and admixture is less than 1%.

3. Liquid delivery mainly refers to water and liquid admixture, which are delivered by water pumps respectively. the

The manufacturer of DKTEC cement mixing plant reminds everyone that the configuration of each system can be customized according to your needs, welcome to inquire. 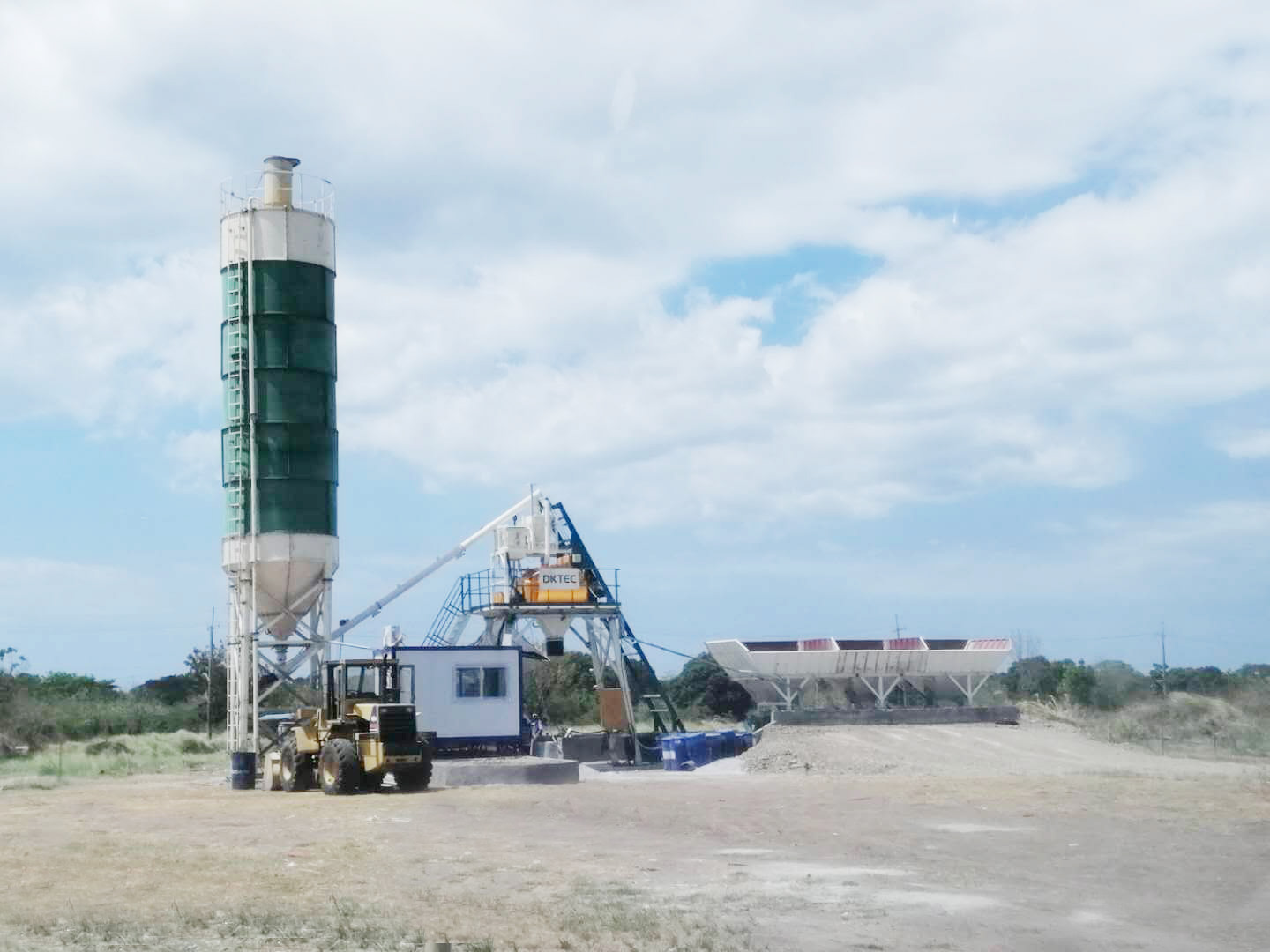